The BMW M2 CS will have a very short run. The highly limited sports coupe will arrive to market this year before taking a bow in early November 2020 for the European market. The U.S. market will continue to get additional units into 2021.

Naturally, the question everyone has been asking revolves around the allocation numbers for the U.S. market. According to a source close to the company, while the exact figure hasn’t been pinned down, the expectations are that around 400 units will land in the hands of U.S. customers.

It was exactly the same story with the BMW 1M which was initially planned to run in much smaller numbers than the over 6,000 units produced. 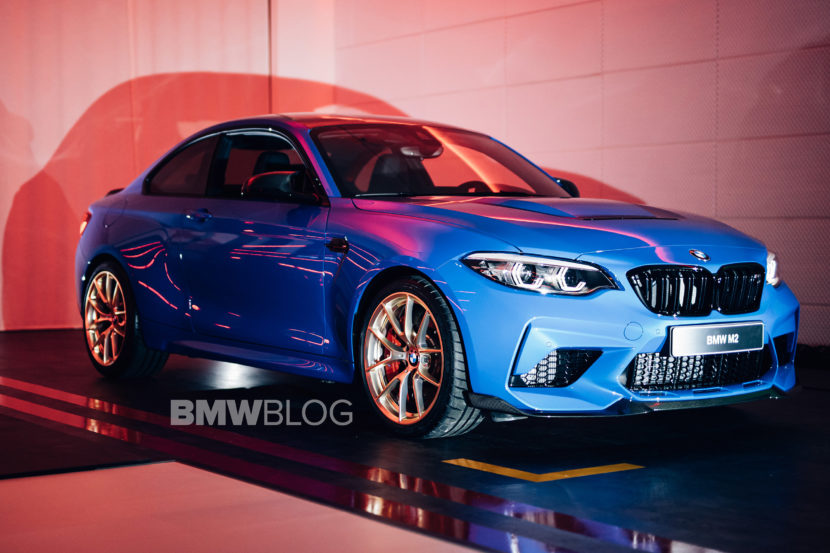 What sets the M2 CS apart from the M2 Competition are the track-oriented solutions adopted and the output increase for the BMW S55 straight-six engine up to 450 PS / 444 hp. Visually, the M2 CS makes use of the full BMW Individual high-gloss Shadow Line package, with shiny black side window ornaments and an all-black kidney grille.

Furthermore, the BMW M2 CS features a carbon fiber front splitter, a carbon fiber hood with central air vent and a CFRP roof with sandwich structure. The carbon fiber festival continues with the exterior mirror casings, the rear diffuser and the boot-mounted Gurney-style spoiler. The exhaust system was further optimized, featuring a quad architecture and embossed M logos on each pipe.

We should be able to get our hands on an M2 CS later this year for an exciting drive.